Dry Aging Steaks – The Ultimate Guide to Doing it at Home 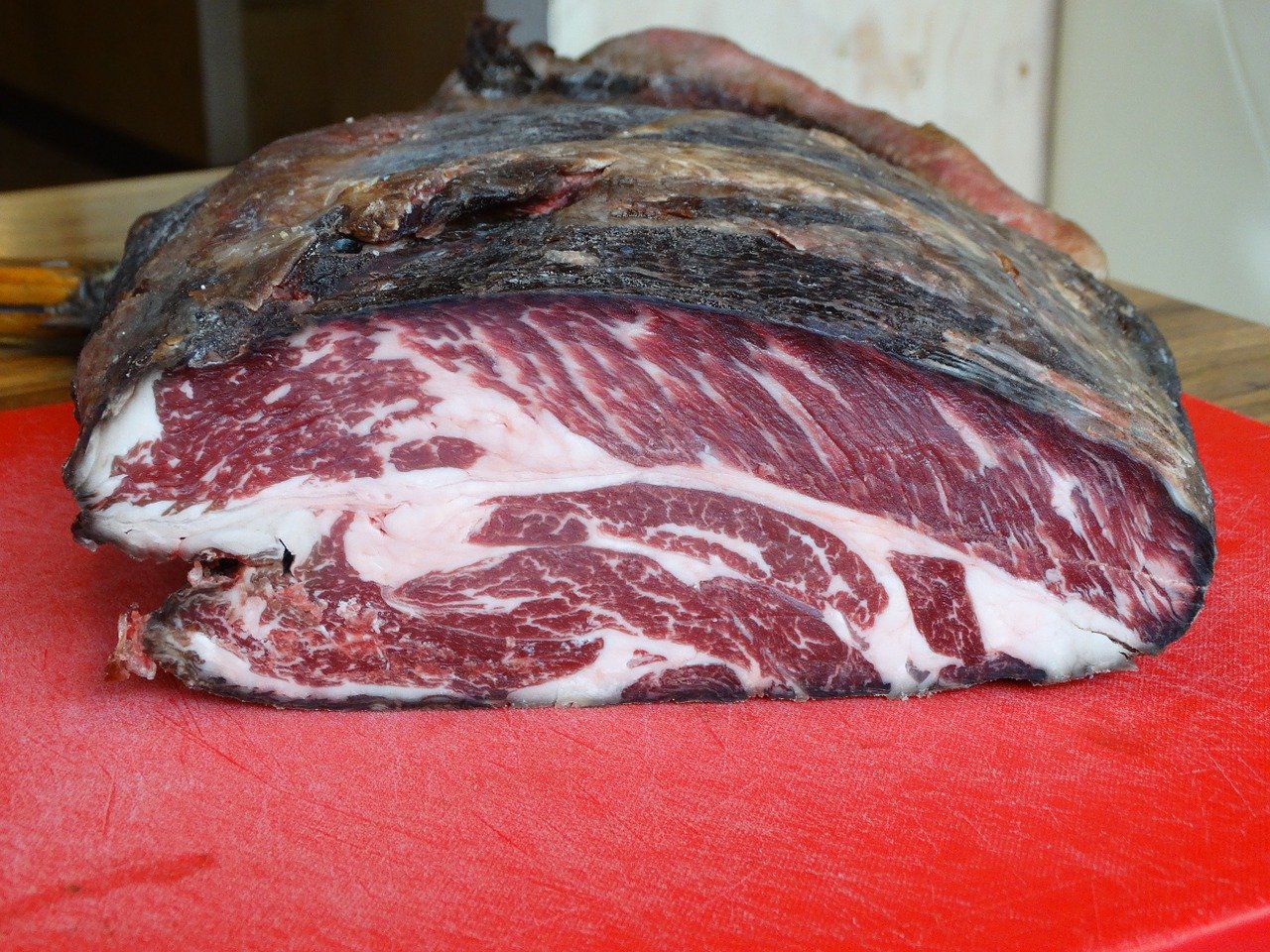 If you’ve ever bitten into a steak at a steakhouse and wondered at the complexity and depth of the flavor, you’re not alone. There’s a reason steak prepared by a chef tastes so much better, and dry aging is part of that.

Most steaks at the grocery store are wet-aged, a relatively new preservation technique introduced in the 1950s, in which you preserve steaks by vacuum-sealing them in plastic.

Without the necessary oxygen, the enzymatic change does not take place as it does with dry aging. If you’ve tasted meat preserved in both these manners, you can tell that steak that’s been wet-aged tastes more metallic or bloody, whereas dry aged steak has tons of umami flavors.

What Is Dry Aging?

This preservation method is simple and effective. People have been dry-aging beef for centuries, compared to the relative newness of a similar process called wet-aging. People kept the meat from rotting before refrigeration by storing it in places like cellars or caves, where the temperature remains static.

Along with brining, pickling, or smoking, dry aging is another pre-refrigeration way of preserving meat. And it doesn’t just preserve it; it tenderizes it and makes it more delectable.

Scientifically, dry aging occurs as air circulates around the meat, creating a crust that will be trimmed off later. While exposed, moisture is drawn out of the beef, and enzymes begin breaking it down, making it more tender. As the water drains, a crust forms around the meat, so even though the cut may look dry, inside, everything is still tender and moist.

Other environmental factors, like mold or yeasts, that land on the steak in the dry aging process also impact the meat’s flavor. Bacteria forms in this process and creates a unique flavor profile, much like aging wine or cheese.

The longer it dry-ages, the more intense these flavors become. Most experts aim to dry age their beef between 40 to 50 days, but no longer than 2 months. After that point, the flavors become too intense and unpalatable.

With only a few simple steps and rudimentary equipment, you can dry age your steaks at home. You’ll be amazed at the tenderness and whole-mouth flavor that this simple process imbues on your meat.

Many alterations take place from the first day of aging to the last. Bacterial and enzymatic activity changes the steak each day that you let it rest, creating a hard, crusty exterior and impressive flavor interior. Here’s an overview of how your meat changes over time:

Collagen has begun to break down, but the meat is still a bright red. Steaks aren’t for sale as dry aged in this early stage.

The meat loses 20% of its moisture in the first 21 days of the dry aging process. The sides with bone and fat won’t seep water, but the other porous sides will. The meat shrinks, giving the steak a concave look, and it will darken. Some people, who are new to dry aged beef, request the minimum amount of dry aging, 3 weeks.

A month is the most commonly requested age for dry aged steaks. At this stage, the meat has lost 15% of its moisture and benefits from the dry aging process. The flavor has a buttery taste like popcorn blended with rare roast beef.

White webbing will appear across the meat, which is a mixture of salt and mold. The steak isn’t losing a lot of moisture anymore, but the fat is also changing along with the meat, so be sure not to trim too much off before cooking.

A white crust forms around the meat, protecting it much like the rind on citrus fruit or skin on a cheese protects their soft interiors. You’ll trim this off before cooking, but while the meat ages, leave it be.

A steak aged for this extended period is usually only purchased by high-end restaurants as it has an intense, funky flavor. Only those with a genuinely adventurous palette or experience with dry aged beef request this tasty treat.

The most considerable expense when starting a new dry aging process is buying something to put it inside to help control the temperature. Many use a separate fridge because you shouldn’t dry age your steaks in a location where you’re keeping other foods. The flavors cross-contaminate, so your milk starts smelling and tasting like dry aged beef or vice versa.

Here’s what you’ll need to dry age your steak at home:

Regarding what types of cuts you should be dry aging, look for large, sub-primal cuts, which means whole muscles like a rib roast (with at least 3 ribs) or prime rib. You shouldn’t get meat with the fat trimmed off, which will hinder the aging process and reduce the flavor.

The baking sheet catches any drippings during the dry aging process, so your steak should sit on the wire rack on top of the baking sheet. Slide these into your fridge, set the fan up under the meat, and turn it on to circulate the air.

Don’t touch your meat for at least 2 weeks because every time you open the fridge, the temperature fluctuates, and unwanted odors or contaminants get inside. Wait for 2 to 4 weeks for added tenderness, 4 to 6 weeks for that delicious dry-aged flavor, and 6 to 8 weeks for the full funky effect.

Once your meat has hit the desired stage, remove it from the fridge and trim it. The meat will look desiccated or slightly concave from the outside, but once you carve it into steaks and strip off any hardened layer on the outside, the benefits will become evident.

Once you remove the crust and cut your meat into steaks, it’s time to cook, grill, or broil them for a delectable, unforgettable meal.

Dry aging beef is an age-old technique that makes your steaks more tender and flavorful. With only a fridge, a wire rack, a baking sheet, and a fan, you can create the appropriate conditions to age your meat. Although the crust belies the tender meat within, this preservation process creates a delicious flavor that is unforgettable.